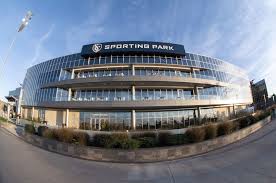 Whether or not the average homeowner realizes it, politics is the most important factor influencing the price of real estate, affecting the state of the economy, the level of interest rates, the nature of demographics, and a host of other variables that ultimately determine a property?s value. Politics is inextricably linked with all these issues, impacting such things as the level of employment, the cost of borrowing, the direction of immigration, and degree of consumer confidence.

Given the partisan nature of the U.S. political system, and the need to produce an economic recovery since 2009, the policies that have been adopted by the Congress since then have largely been oriented toward maintaining a balance between limited resources and a rising tide of needs. For example, America?s crumbling infrastructure requires that difficult choices to be made regarding whether a bridge gets fixed at the expense of, say, additional funds for the National Flood Insurance Program – which impacts the price of owning real estate.

The same is true at a state and local level. Does a state legislature authorize funds to repave an interstate or is the priority to maintain a school lunch program? Does a city legislature approve funds to improve a public community center at the expense of an expanded police force? Such examples have an impact on real estate because they effect the desirability of neighborhoods. They also serve to emphasize how little influence an individual homeowner may have on how those decisions are made – yet it is the homeowner that may pay the price for those decisions years down the road.

Politicians appear to be more and more focused on getting elected, toeing the party line, and getting reelected, often resulting in gridlock and getting little or nothing done. Lost in the process is what may matter most to individual constituents – such as homeowners. With fewer funds available for ?discretionary spending?, more often than not, public facilities aren?t getting a facelift and local streets aren?t getting repaved.

The collective belt tightening that has prevailed since 2009 has prompted many buyers and sellers of real estate to take into account a host of considerations they may not have had to reflect upon prior to 2009. Some things homeowners may have been able to take for granted in the not so distant past – such as declining property taxes and mill rates – are now little more than fond memories. Today, the norm appears to be higher taxes, a lower range and quality of public services, and generally higher costs.

While great progress has been made in addressing foreclosures and serious delinquencies since 2009, they remain a problem. According to CoreLogic, as of July 2014, nearly 6% of the real estate market in New Jersey consists of foreclosures, and more than 9% of homeowners are seriously delinquent in their payments in both Florida and New Jersey. The northeast leads the country in foreclosures, with Connecticut, Maine, New Jersey, and New York accounting for four of the top six states with lingering high rates of foreclosure. There remains a lot of pain out there, although we hear less about it these days. The political process has served to exacerbate that pain through a combination of inactivity,

As we approach the mid-term elections, many homeowners are asking whether the election of a new president will make a difference in the absence of a change in the way Congress goes about its business. And what is the likelihood that that will change any time soon? Moreover, would a new president or a change in the composition of Congress result in either a change or elimination of the recently created Consumer Financial Protection Bureau, which is the first financial regulator intended to protect consumers from abuse, fraud and misrepresentation on the part of mortgage and financial product providers? If the CFPB were kept in place, would it operate with less independence or autonomy in the future? What impact would that have on the lending landscape in the future, and would borrowers still feel secure taking out a mortgage?

Regardless of who becomes President in 2016, or what the composition of Congress may be, hard choices will continue to need to be made about a whole range of issues, such as how much funding should be allocated to subsidize mortgages or support affordable housing. The outcome of the election could well impact the price of a mortgage, as it is clear that historically low interest rates cannot stay that way forever. When the wheels do come off the cart, rates could rise swiftly.

The best advice in the near and medium-term for existing and prospective homeowners is not to expect too much from the politicians in Congress, the state house, or city hall. The ongoing economic recovery does not provide them with much leverage in terms of allocation of funds, nor does it appear they have much incentive to rattle their own cage. Today, and for the foreseeable future, the term ?buyer beware? has new resonance that will remain a challenge for us all.